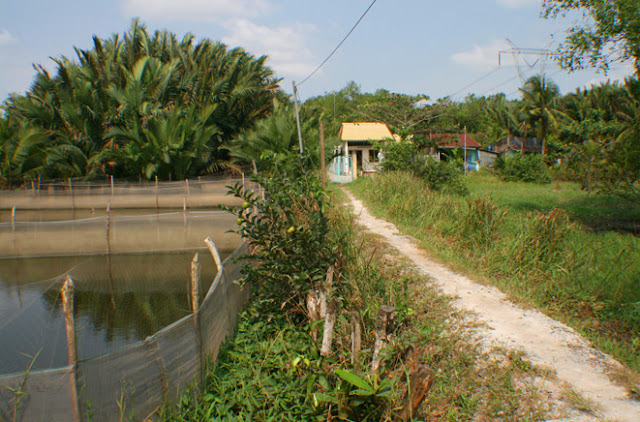 The following conversation is with a resident facing relocation from District 7 of Ho Chi Minh City:
Resident:

If the people here don’t have a job they will go into construction.
My job right now, I have a truck if people need someone to carry their things.
My income is about 2 million dong (105 USD) per month, but it’s not enough because I have a wife and daughter.  If you have a family you cannot support them on that.
My parents lived in this house here in District 7 of Ho Chi Minh City.  They got the land in 1945 or 1946.  In 1961 they moved to District 5 and in 1965 I was born.  After the war we came back here to make a life because we still had our land. But if people had no land they had to go to the new land outside of the city. The government lent it to them and asked them to go there.
We worked over there in the countryside; there were a lot of people who wanted to go back to their land. The work was hard so we left the farm and came back to our house in District 7. We came back in 1975.
Before it didn’t look like this. The house only had coconut leaves for the roof and some wood columns. In those days if someone was from a rich family they could have a motorcycle. But now everyone has a motorcycle.
What was the place like in District 5?
Resident:
At that time the house was better than this one. It was a concrete house because my father joined the army. He was a soldier before, that’s why we could have a better house.
Most of the people from here in District 7 followed the Communist society, they followed Ho Chi Minh.  Except my father was with the Saigon government, so we moved to District 5. 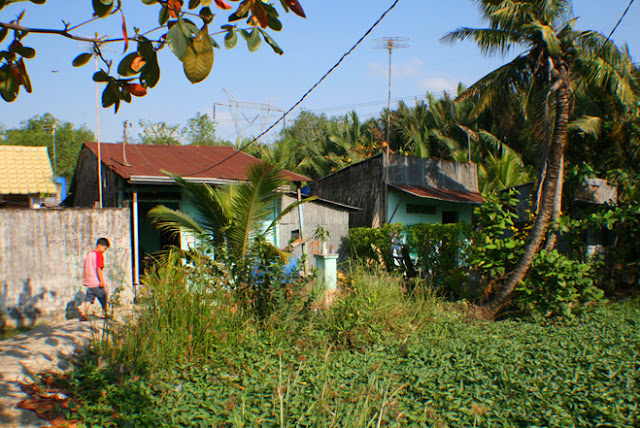 When he moved to District 5 there was no neighborhood. We didn’t know each other. We moved to District 5 because we had to go away to find a place that was safer. We were hiding.
The US sent people to build the house, they gave the materials. The whole time we were protected and hiding.  When the war happened in one place, we would move to another place.  The Saigon government had big flats for refugees.
We knew other refugee families but we were afraid to speak to each other.
Because it was war time, all the families were with the army and my mother just sold something to make a living. She sold chickens in the market.
How did you grow up?
Resident:
At that time I didn’t know anything.  I just went to school and came home.  There was no time to play, it was strict.
We moved to District 5 with all of my sisters and brothers.  If they stayed here they would have been killed by the bombing. They were all afraid to stay here so we all went. We tried to get closer to central Ho Chi Minh City.
My friend’s father worked with the Japanese and then the French. With the French, they helped us get another house that was big, about 60m long and 10m wide, and we even had three maids. There were two floors. The first floor had everything; the bedrooms were on the second. The whole family lived in the house, about 18 people. My uncle had been hiding in the countryside to avoid the army, so we had his family stay with us. 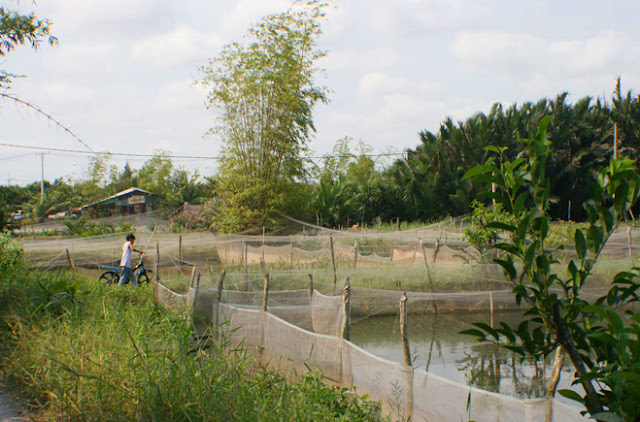 After the war everything was different. Because before the war people had a job but after the war the work was not familiar to them anymore.
Life changed, people had difficulty in their life because there was not much work after the war. Not until 10 years later, life got better because of the economy.
But you know, society changed. When you worked for the army you got insurance, and your children had it as well.  If your mother or father died in war, you could get the insurance money.  But after the war it changed, if a mother or father died in the war fighting for the Saigon Government, their children didn’t get anything from society. So there are many poor people without benefits.
After the war what did you do to get a job?
Resident:
When we came back to District 7 the life was a little better. If people around me need me to carry things from place to place with my truck then I can have a job. After I came back I got married in 1985 and we had a daughter.  But then the marriage didn’t work and I married my second wife in 1990. 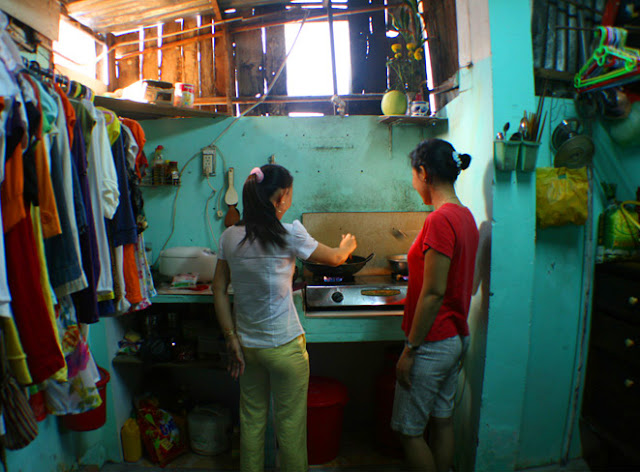 Now there is a construction project coming here, will you move?
Resident:
There is a plan for a government project but the local people don’t know when they will build here. We don’t know yet. It makes things difficult because every land is in the project’s plan, so a lot of people are afraid to come here to buy or to do business. This area is planned so people are afraid to settle here. In the plan they cannot do anything, if they buy a house they just have to sell it again.
Do you know anything about the plan?
Resident:
No, I don’t know. We only heard about making high buildings.
We know the deal only, but compared to the price of living it’s not comfortable or convenient. They pay a low price to take the land so people don’t want to move, they want a high price.
The fish pool you took a picture of, they will only pay one million dong for that. The whole land only 3 million dong.
How much do you think it’s worth?
Resident:
For 5-7 million dong we can buy another land to settle like this one.
Where will you move to?
Resident:
I don’t know, when the money is in my hand then we will look.  But I want to live in a place that is quiet, like this.
Recorded February 2010

Posted by Clarisa Diaz at 11:14 PM No comments: